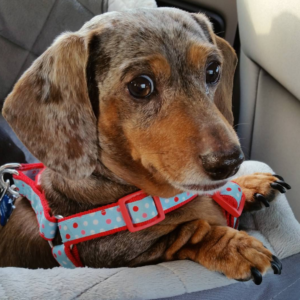 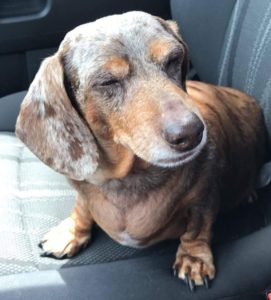 She’s a chocolate dapple mini dachshund we adopted in 2012 when she was five. She had been used as a breeder all her life, and when the vet warned her previous owners she wouldn’t survive another litter, they sold her. Their loss!

She’s a light in our lives, and I call her Boss for reason. She keeps me on my toes and is very particular about putting me to bed when she’s tired. 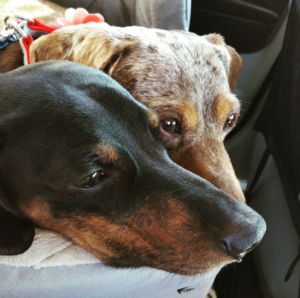 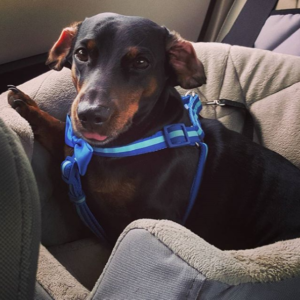 Lex is a black and tan brindle dachshund. We adopted Lex and Cookie together from the same breeder. They told us he was a mischief-maker, and he caused too much trouble for them to keep him. They gave him to us free just to get rid of him. I’m not sure what dog they thought they were talking about. Lex is such a gentleman. He’s the most polite dog I’ve ever met. He’s also the most submissive dog I’ve ever met. I have trouble believing he was leading the pack or causing any trouble, but again– Their loss!

This dog is my husband’s best friend. Thanks to that, we call him Buddy most of the time. He loves to snuggle, to bork at anything suspicious, and he’s addicted to peanut butter. 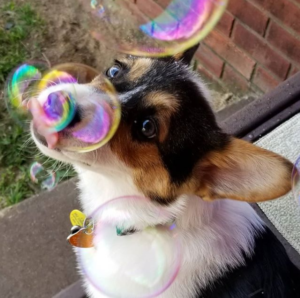 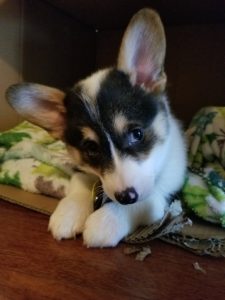 Ollie is the newest addition to our family. He’s a tri-color Pembroke Welsh Corgi. He’s such a sweet boy, and so smart! Fetch is his favorite thing. Absolute favorite. He’s got a collection of squeaky balls scattered all over the house, ready to be tossed at a moment’s notice. He’s the best grandfloof ever, and I couldn’t ask for a better assistant.