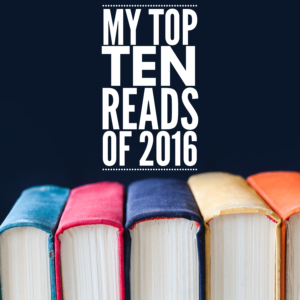 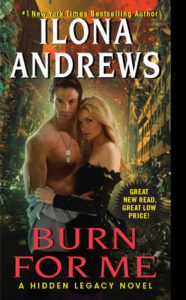 10. This is just an anticipatory squee for when the next Hidden Legacy novel releases. Check out Burn for Me if you haven’t yet. The second book–White Hot–releases in May. Sorry, I get excited. *ahem* Moving on…

9. The Psy-Changeling series by Nalini Singh. Several of my friends who are avid readers lose their minds each time a new one releases. Dad was a huge fan of the series too, but I tried them once and passed. Finally I promised everyone I would give them another try. I struggled a bit through the first two, but I was hooked hard by the third. The last three? Amazing. It’s crazy how much my preference swung between the start–when I loved the Changelings most–to the last few books that won me over to the Psy side.

8. T. S. Joyce. I’m just going to leave her name here and say if you love hot and humorous PNR, you’ve got to check out her backlist. She has a ton of interconnected series, a huge bonus for readers. She’s branched off into new territory too. Her new series–Wolves of Winter’s Edge–reminds me a lot of her Fur Hire series, which is my fave of hers.

7. Ilona Andrews. Again. Kate Daniels is easily my second favorite UF series running. It’s SO good. Each book is better than the last, and that’s saying something. Have you read Magic Binds yet? No? What are you waiting on?!

6. Gail Carriger’s Parasol Protectorate. Funny, smart and fashionable. I really enjoyed this one. It’s the reason I went on to read her Finishing School series. So glad I did. I definitely recommend this one if you’re looking for something different.

5. PATRICIA BRIGGS. The only reason she’s listed at five and not one is she’s an old favorite. I know going into any of her books that I will be salivating for the next one by the last page. Her Mercy Thompson series is my favorite urban fantasy series. Every time I read one of her books, I get this rush and remember all over again why I adore everything she writes. Can I be her when I grow up, please?

4. The Innkeeper Chronicles by Ilona Andrews. Yes! Ilona Andrews. Again! (Third time’s the charm?) I love everything they write, but this series has a special 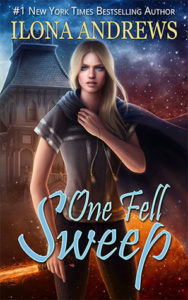 place in my heart. It’s so much fun, and it’s so unique. The worldbuilding is phenomenal. You can read it chapter by chapter on their website, but I’m one of the odd ducks who waits for entire installments to be published.

3. Faith Hunter kicked off a new series this year–Soulwood–and I thought it was fabulous on so many levels. The heroine is unlike any I’ve read, and the cast of characters is diverse and interesting. The best part (for me) is the tie-in to the Jane Yellowrock series. I won’t ruin it, but a character from that series crosses over to this one, and I enjoy his suffering. SO MUCH. I know, it makes me a terrible person. But I derived so much joy from his pain. Check out Blood of the Earth. I think you’ll like it.

2. Gail Carriger’s Finishing School series. I snickered and cackled my way through this one. There’s lots of adventure, subterfuge and tea. It’s steampunk, which isn’t my usual fare, but these were easy to read and so much fun. Plus, there’s a mechanical sausage dog. How can you beat that? Simple. You can’t. 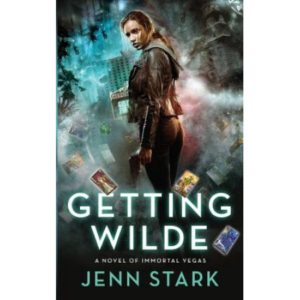 1. Jenn Stark’s Immortal Vegas series! It’s my favorite discovery of 2016. I gobbled up all her available titles and can’t wait for the next to release on the 27th. There’s relic hunting, living embodiments of the Tarot deck, and an occasionally swoon-worthy hero who I sometimes want to hit with blunt objects. The first book–Getting Wilde–is currently free. What are you waiting for? Get reading! And then join me in line as we wait for Forever Wilde to release! 😀